Mindy Diamond on Independence for Financial Advisors « »
Outgrowing the Employee Model: How an ex-Merrill Advisor Found Autonomy & Abundance in Independence

Jerry Davidse discusses his transition from Merrill to building RIA firm Presilium Private Wealth with partner Brook Hart. He shares how they gained the freedom to communicate and create an exceptional experience for their clients, their outstanding portability ratio, uptick of referrals, and more.

Many employee advisors often feel limited in what they can do for clients—particularly when it comes to having the freedom to market and share their unique voice. Or even to communicate without ensuring the message was approved by a higher authority.

Take Jerry Davidse, for example. He started in wealth management at Morgan Stanley, leaving shortly after the Smith Barney merger to join Merrill in 2011.

Over the years at Merrill, Jerry met his business partner Brook Hart, and together they built the business from $70mm under management to over $300mm with a client base composed primarily of executives and founders of biotech and pharma companies.

As a young team, they were starting to feel like they had outgrown Merrill—and were limited in providing what they felt could be an “exceptional experience” for their clients.

Plus, the firm placed restrictions on how they communicated with clients, requiring that all content be reviewed by compliance—a process that took time, making the messages obsolete or watered down and ineffective.

In conducting due diligence, Jerry and Brook realized that they could remove the limitations and offer their clients the best of everything – including timely and creative communications – by building their own independent firm.

So in April of 2022, they launched Presilium Private Wealth with support from Dynasty Financial Partners and Fidelity Investments as their custodian.

In this episode, Jerry shares his journey with Louis Diamond, discussing: 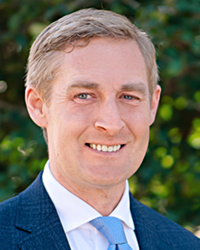 Jerry and Brook’s desire for “creativity, autonomy, and vision” demonstrates how transitioning from a world based on limitations to one of abundance can be a real game-changer. Yet it’s Jerry’s advice on building a business for the clients that’s the real takeaway from this episode.

What’s Driving the Momentum Towards Independence and Will it Continue? With Shirl Penney, Dynasty Financial Partners
An insider’s guide to what it takes to get from here to there in the independent space. Listen->

Beyond Private Equity: RIAs Have More Options Than Ever to Access Capital
There are now multiple ways independent advisors looking to buy, grow, or transition their practice can unlock some liquidity. Read->

Demystifying Compliance for RIAs: What You Need to Know
A conversation with Christopher Winn, CEO and Lead Consultant, AdvisorAssist. Listen->

IBD vs. RIA Revisited: Two Independent Pathways for Advisors to Consider
When it comes to freedom and control, there are key differences amongst the independent broker dealer (IBD) and registered investment advisor (RIA) spaces that every advisor should be aware of.
Read->

Jerry Davidse, CFP® has worked closely with leading families across the U.S. as a wealth manager since 2001, advising them on wealth planning, custom investment portfolios and risk management strategies. He believes in clear communication with clients and provides simple recommendations for complex financial decisions. Jerry earned two degrees from the business school at Villanova University in 2001.

Jerry was awarded the CERTIFIED FINANCIAL PLANNER™ certification in 2005 by the Certified Financial Planner Board of Standards, Inc. He was previously a Vice President at Morgan Stanley and Senior Vice President at Merrill Lynch before founding Presilium Private Wealth in 2022. He was recognized by Forbes in 2021 and 2022 as one of the top wealth advisors in Pennsylvania.

Jerry enjoys traveling, golf, coaching youth sports and has run four marathons. He and his wife live in Radnor, Pennsylvania, with their son, Jake, and daughter, Emma.

Also available on your favorite podcast app and other media sites

Browse other episodes in this podcast series…

23d ago3w ago
Subscribe
Unsubscribe
每月+
Matrix Moments, by Matrix Partners India, is a podcast series dedicated to the founders, startups and all those within the ecosystem, through candid conversations on what we think it really takes to survive in this wild, wild startup world. In a world where we are endlessly engulfed with information in all its forms and sizes, this is our attempt to create, curate and bring to you the insights and reflections that we have had the luxury of having learned the hard way, through all the years s ...
P
Play to Potential Podcast

10d ago1w ago
Subscribe
Unsubscribe
每周+
This Podcast is created and curated by Deepak Jayaraman (an Executive Coach and a Leadership Advisor). He lives in Mumbai and works with successful Senior Executives by helping them play to their unique potential but with a sharp focus on transitions (business or career). Just like businesses need to think about "where to play" and "how to win", leaders need to be coherent about "where to go" and "how to grow" in their journeys. Deepak works with them during pivotal moments to help them with ...
W
Wholesaling Inc

3d ago3d ago
Subscribe
Unsubscribe
每天
Let’s face it, Real estate education has lost the script. Everybody “claims” to have the secret sauce. They get you to sign up, get you to bite on a “magic” formula, but there’s no real tools to get there. There’s so much talk, no practical steps. It’s not instructional, it’s hype. The ideas aren’t focused on your success, it’s focused on theirs. Well, it doesn’t have to be that way. If you’ve been searching for a way to escape the rat race and achieve true financial freedom wholesaling real ...
T
The Pitch

5d ago5d ago
Subscribe
Unsubscribe
每月
Where real entrepreneurs pitch to real investors—for real money. The Pitch takes you behind closed doors and into the world of startups: how people sell their ideas, what makes investors tick, and how these initial conversations can bloom into business deals—or die on the vine. Hosted by Josh Muccio. Part of the Vox Media Podcast Network. New season begins February 2023.
T
The SCALEit Method® with Allison Maslan

3d ago3d ago
Subscribe
Unsubscribe
每周
Village Global's Venture Stories takes you inside the world of venture capital and technology, featuring enlightening interviews with entrepreneurs, investors and tech industry leaders. The podcast is hosted by Village Global partner and co-founder Erik Torenberg. Check us out on the web at villageglobal.vc/podcast for more.
M
Modern Mentor

6d ago6d ago
Subscribe
Unsubscribe
每周
Modern Mentor is your guide to leadership and communication, helping you craft a workplace environment you can feel good about. She’ll share tips to help you balance your work and personal life, effectively invest your time, and be mindful about where you’re devoting your energy. Let Modern Mentor help you navigate your path to success—however you define it.
S
Stephanomics

4d ago4d ago
Subscribe
Unsubscribe
每月+
Will Covid-19 reshape the global economy or simply shrink it? What are nations doing to protect jobs and businesses from the fallout, and what will the long-term consequences be for labor markets, global supply chains and government finances? On Stephanomics, a podcast hosted by Bloomberg Economics head Stephanie Flanders—the former BBC economics editor and chief market strategist for Europe at JPMorgan Asset Management—we combine reports from Bloomberg journalists around the world and conve ...
T
The Partnership Economy

13d ago1w ago
Subscribe
Unsubscribe
每月
The Partnership Economy explores the power of partnerships through candid conversations and stories with industry leaders. Our hosts, David A. Yovanno, CEO and Todd Crawford, Co-founder, of impact.com, unpack the future of partnerships as a lever for scale and an opportunity to put the consumer first.
W
Working