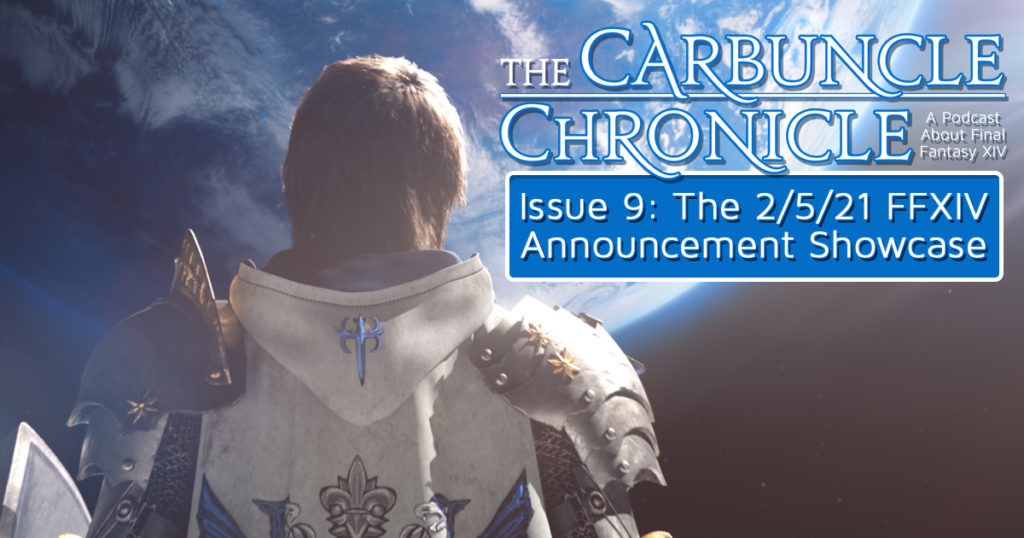 Hello Adventurers! We are only into the month of February in the Year of Our Lord Naoki Yoshida, but seven hells what a February it has already been! In this Issue we are joined by friends and special guests Jazzy and Denmo McStronghuge as we cover the latest Final Fantasy XIV Announcement Showcase and Letter from the Producer LIVE Part LXII! We delve into newly announced fourth expansion, Endwalker, and all that followed! New jobs, new places, new all sorts of things. So pull up a chair, get something good into that expensive dwarven tankard they just showed off, and hop into this Lunar Whale of an episode!

We want to once again thank our special guests Jazzy and Denmo McStronghuge! You can find them online at various places like these:

And you can always join the OSMcast folks at our Discord for all sorts of cool chatter and also sweet food pictures. (Also Jazzy has a pretty sweet Discord for such things as well!) We'll catch you next time when we have an OSMcast proper on Lu over the Wall.