The Computer Tutor « »
What to consider when buying a laptop

Are you thinking about buying a laptop? Here are some things to consider before handing over your money. 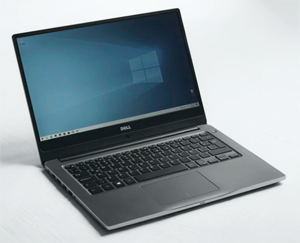 Manufacturer
When someone is asking me about which brand(s) I recommend, my first response is to say that who makes the laptop is not as important as what’s inside. In other words, it’s more important to consider the specs of a computer and make sure it’s going to work for your needs, rather than just who manufactures it.

That being said, the brands that I prefer are Lenovo, Dell and HP (in that order). That’s just my opinion, based on my experience in buying, selling and repairing computers for 22 years. And some people have very strong opinions about this as well. There are people who may have had a bad experience with Dell and vow to never buy a Dell computer. Then again, I have other clients who love Dell computers and ONLY buy that brand. There are wide-ranging opinions about every manufacturer. Just keep in mind that it’s not the only factor to consider.

Screen size
Standard screen size for a laptop is 15.6 inches (measured diagonally on the usable part of the screen, not the plastic bezel that frames the screen). If you like a really big screen, the largest laptop screens are usually 17 inches. Recently, more people are looking for smaller screens, like 13 or 14 inches. The advantage of the smaller laptops is that they are lighter and more portable, and usually the battery will last longer since it doesn’t have to power a bigger screen.

And that’s the next question – what size drive do you need? Here’s how you figure that out. Look at your current computer, and see how much drive storage space you are currently using. Let’s say for example you’re using 110 gb of space. For the new computer, you want to be able to transfer your important files and folders, and still have at least half of the drive as unused space. So if you found a laptop with a 250 gb solid state drive, and you transferred over 110 gb of files (documents, pictures, etc.) then you would still have over half of the drive free. For most people, a 250gb or 500gb drive is sufficient. But make sure you know what you need before you start shopping around.

I had a client once who got a great deal on a new laptop (and bought it without consulting anyone). It had a 120gb solid state drive. She brought it to me so I could move all of her stuff from the old computer to the new one, and that’s when we discovered all of her pictures, music and other files came to over 200gb – so it wouldn’t even fit on the new computer at all. That’s the situation we want to avoid.

Processor
The processor is sort of the “brain” of the computer. I like Intel processors, and usually recommend that you get at least an i5. If you’re on a budget, an i3 might be okay. An i7 is better than both, and i9 is the new one. Of course, the better the processor, the more it costs. So just get the best you can afford.

Memory (RAM)
Memory is another factor that might be based on what your budget is. The basic amount of memory for any new computers now is 4gb. More is better, so if you can get 8gb or 16gb that would be good. More memory means faster computing.

Internet connection
Chances are, if you’re getting a laptop, you’ll probably be using it on a wifi connection almost all the time. But if the computer will actually be sitting in the same place on your desk most of the time, and your router is nearby, you might just want to connect to the internet using an ethernet cable instead of wifi. An ethernet cable will mean your internet speed is faster. But not all laptops have an ethernet port – so you might want to check on that as part of your purchase strategy.

Keyboard
Some keyboards just “feel” better than others. This is just a personal thing. I like Lenovo laptops partly because of their keyboards. If you have a local computer store (such as Best Buy), you might want to go there an get a hands-on feeling of how the various keyboards compare.

Price
And finally – price. This is obviously a personal matter for anyone shopping for a laptop. The only thing I would say here is this: don’t go for the cheapest laptop on the shelf. When you see Walmart on Black Friday selling brand new laptops for $200, there’s a reason why they’re cheap. They probably have Celeron processors – these are low-end and pretty slow. And they’ll have the old spinning-disk hard drives, which are also slow. When you combine those two things with a bare minimum of RAM, you have the perfect storm of slow computing. You’ll be cursing that computer long after you get over the excitement of getting a new computer so cheaply.

If you need a laptop with decent specs but you don’t have the $600 – $1200 budget, you might consider getting a refurbished laptop. I have these available quite often. The ones I offer will always have a solid state drive and a good processor, and it will be already set up for you with Chrome and Firefox, ad blockers, and much of the Windows 10 privacy invasion “features” will be disabled. I go over them and make sure all is working great, and I price them at about half of what a similar-spec new one would cost.

The post What to consider when buying a laptop first appeared on The Computer Tutor.

38m ago38m ago
Subscribe
Unsubscribe
每月+
The Instance: Weekly radio for fans and lovers of video games and the topics that shape the gaming world. We don't take sides, we don't whine, we just give you the facts, news and tips that you want and need for your favorite online addictions.
T
The Tech Guy (Audio)

6h ago6h ago
Subscribe
Unsubscribe
每周+
No one does a better job of explaining technology, computers, and the Internet than Leo Laporte. This feed contains the full content of his twice weekly radio talk show as heard on stations all over the US on the Premiere Radio Networks. For show notes and more visit techguylabs.com. Records live weekends at 2:06pm Eastern / 11:06am Pacific / 18:06 UTC.
T
Troy Hunt's Weekly Update Podcast

18d ago2w ago
Subscribe
Unsubscribe
每月
A free-ranging set of discussions on matters of interest to people involved in user experience design, website design, and usability in general.
A
Android Buffet Podcast

7m ago7m ago
Subscribe
Unsubscribe
每周
Hungry for Android with a Side of Home Automation? Get All You Can Eat at the Android Buffet
P
Paul's Security Weekly

32m ago32m ago
Subscribe
Unsubscribe
每天
For the latest in computer security news, hacking, and research! We sit around, drink beer, and talk security. Our show will feature technical segments that show you how to use the latest tools and techniques. Special guests appear on the show to enlighten us and change your perspective on information security.
收听超过500个主题