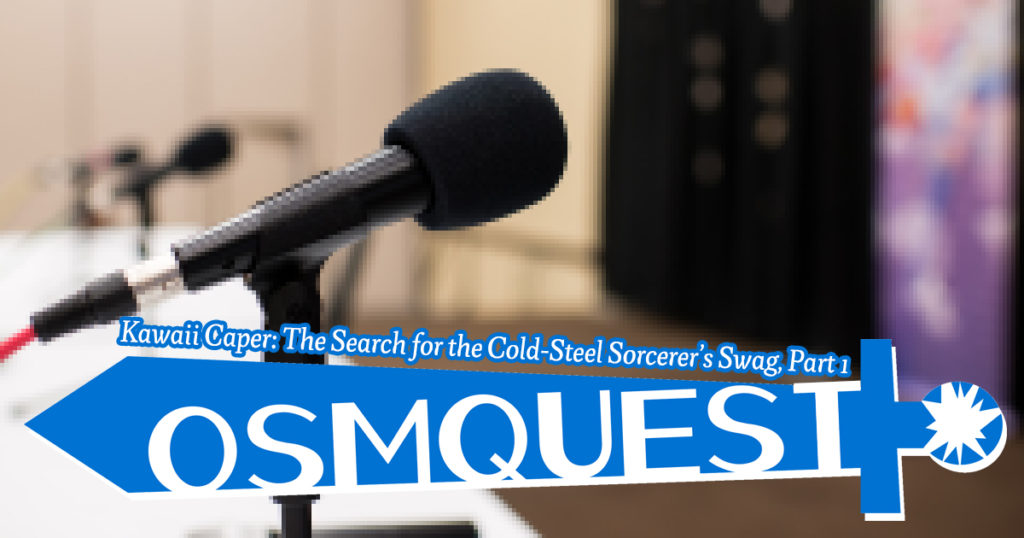 So as 2021 keeps rolling and as vaccinations seem more like actual things and not just dreams, we decided to look back to the times when anime cons were still a thing. But with a twist! For our new OSMquest mini-series we are playing Kawaii Caper by Ettin64, as a hack of Grant Howitt's Honey Heist.

It is the mid 2000’s in the beforetimes when anime conventions are still a thing and not a way to exacerbate a deadly public health crisis. CRONCH, the local anime convention in your mid-sized southern town is in its third year, and has unexpectedly risen to regional prominence. And with that prominence comes sweet, sweet swag. It would be such a shame if something... or someone... would happen to it. (Spoilers: We are those someones.)